A Prophetic Word for the 'in between' from Prophet Hakeem Collins

Getting the Guinea Pig off the wheel

Hakeem Collins is a powerful Prophet we previously mentioned, because of his Prophetic word on Sid Roth's TV program 'It's Supernatural' that Trump would move the US embassy in Israel four months before it happened! Click here to take a look.

"...there are many of His people who have been feeling complacent, restricted and limited. These Spirit-filled Believers are doing what they are called to do but have felt like a guinea pig on a wheel."

Although the wheel starts as an opportunity for the Guinea Pig to stay active and healthy. The very thing that give it the chance to move can become the very thing that encapsulates it. This feeling isn't foreign to me and I'm sure the same goes for many of you reading. but the word doesn't end there!!!

Hakeem goes on to declare how we Shift, Occupy & Expand.

Dr. Hakeem Collins is a part of a new generation of world changers. Gifted with a unique dual apostolic and prophetic call, he is a sought-after conference, church and ministry speaker who has traveled extensively throughout the United States preaching the message of the Kingdom. 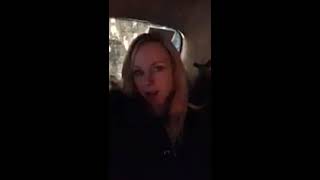 Apostle Jane Hamon | Sooo..... tonight we raised a man from the dead!